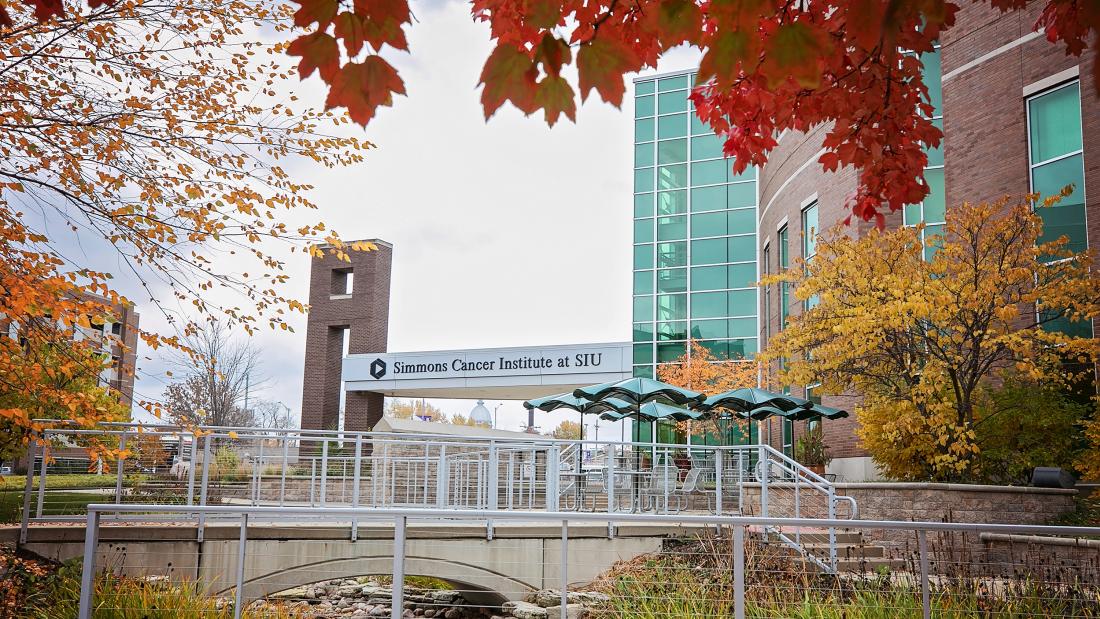 September 10, 2019
SPRINGFIELD, IL -
Nausea, hair loss, fatigue, appetite loss, pain.
This list of common cancer treatment side effects doesn’t include “financial toxicity,” but maybe it should, according to organizations like American Cancer Society, AARP and The American Journal of Medicine.
Financial toxicity, or the cost of cancer treatment, is often a major burden to cancer survivors. According to the Centers for Disease Control and Prevention, cancer care in the U.S. cost $157 billion in 2010. By 2020, the figure is estimated to reach more than $174 billion.
Simmons Cancer Institute at Southern Illinois University will host a free public event, “Financial Toxicity: Navigating the Costs of Cancer Care,” at 5:30 p.m., Thursday, Sept. 12, at the Memorial Center for Learning and Innovation.
Featured speakers include Yamile Molina, PhD, an assistant professor of community health sciences, and Karreim Watson, DHSc, an assistant research professor of community health sciences. Both are from the University of Illinois-Chicago.
“Millions of individuals and their families are struggling with both the treatment related and out of pocket economic repercussions of cancer, an effect increasingly referred to as ‘financial toxicity,’” Watson wrote in a position statement from The Society of Behavioral Medicine, an advocacy group.
“Financial toxicity can happen to most people,” Molina agrees. Under-insured patients who have high deductibles, limited co-payments and expensive out of pocket costs are especially at risk. Patients who experience cancer-related work stoppage due to treatment side-effects or appointments for treatment are also at risk, said Molina.
The burden beyond insurance
Candy Wilson of Girard was diagnosed with uterine cancer in January 2015. She had health insurance through her employer, but her portion of the cost for treatment quickly added up. Neuropathy in her hands and feet resulting from the treatment also required her to take leave from work.
“My first thought was, ‘how long do I have to live?’” says Wilson. She didn’t think about the cost of treatment the first time, but a recurrence of the cancer has had a different effect. “It’s scarier, because it came back and I don’t want to leave this on my kids.”
She had surgery, radiation and chemotherapy after her initial diagnosis. Since then, Wilson has had to sell her house for what was owed on it and move to a small apartment. She is on Medicaid and disability. “I try not to think about [the financial burden]. It feels like I’ve lost everything I’ve worked for after I’ve worked my whole life to end up here.”
Bills from her first diagnosis remain unopened, and creditors still call.
Lisa Hopwood of Springfield began experiencing stomach pain in November 2017, but waited to see her primary care physician. “They sent me to the ER for dehydration,” she recalls. “When the tests came back, they said I had a tumor in my stomach that was likely malignant.”
Four months later, Hopwood was diagnosed with stage 4 esophageal cancer.
When Hopwood was diagnosed with cancer, she didn’t anticipate the financial burden her treatment would cause. “It causes stress. It impacts how I sleep at night,” explains Hopwood, who describes herself as lucky. “I have a great family support system and luckily, I haven’t had to borrow money yet.”
Insured through her employer, Hopwood had a 20 percent co-pay. After taking a 6-month leave to undergo treatment, she wasn’t able to return to work but was eligible to retire. Retirement, however, meant Hopwood had to find health insurance that would cover someone with cancer. Hopwood has small pension and has filed for Social Security Disability. Her house payment is $566 a month and she drives a 15-year-old car.
Her new health insurance plan costs $368 a month, covers 70 percent of costs and to date, all of her prescriptions. When Hopwood reaches out-of-pocket payments totaling $7,500, her insurance will pay 100 percent until January 2020. At the end of August, she was close to that amount.
Hopwood’s specialists recommended three rounds of chemotherapy and 16 rounds of radiation. Hopwood’s most recent bill for radiation treatment totaled $11,000. “My insurance paid $8,000; I sent them a check for $100,” she shares.
Counting out-of-pocket costs
“Many people especially those looking for health insurance through the market plan, look for an affordable premium, and figure that they will deal with out-of-pocket costs as they occur,” explains Kristen Lane, financial counselor at Simmons Cancer Institute at SIU Medicine. “Sometimes the out of pocket costs with deductibles and the co-pays on medical services and medication are what cause the financial difficulty in the long run.” She adds that many pharmacy plans have tiers (I, II or III) for medications which means a patient’s co-pay for one drug may be $20, but on another drug, it could be $400.
Lane says these are just some of the many questions patients need to ask about their health insurance policy. “It’s important to know this information, as well as what out of pocket expenses could mean if the policy holder has a life-threatening or chronic illness.”
To register for the event at 228 W. Miller St. in Springfield, call 217.545.7543. Light refreshments will be served.
Online Patient Portal
1-800-342-5748